Thanks for reading London Walks in Easy English.

If you’ve used the book in your travels around London, I hope you’ve enjoyed it.  Please get in touch with your comments and suggestions.  In the meantime, below are some links to help you get the most from the walks.  They’ve been chosen not for their beauty or technical perfection but because they’re referred to in the book and add to the subject matter.

William and Kate kissing on the balcony of Buckingham Palace

Hop-pickers travelling to Kent in the 1950s

Builders working on Blackfriars Bridge from barges on the river.

Rubbish barges on the Thames.

Extract from the musical Cats, filmed at the Adelphi Theatre.

First ever version of Alice in Wonderland, released from Cecil Court in 1903.

Extract from Big Trouble in Little China, which Dansey St in London’s Chinatown may remind you of.

The Hokey-Cokey, which may come from the shout of “Ecco un poco” (“Try a little”), heard from Italian ice-cream sellers in London.

Historian Dan Cruickshank finding stones from the Euston Arch in a builder’s garden.

Dan Cruickshank finding more stones from the Arch in the River Lea.

Extract from The Mummy Returns, showing Gordon Square in London.

Extract from the Alfred Hitchcock film Blackmail, showing the Reading Room of the British Library.

The song Feed the Birds from the film musical Mary Poppins, showing a model of St Paul’s Cathedral.

Rats running in Downing Street in the background of a news report.

Larry the Downing Street cat attacking a news reporter.  Scroll down to near the bottom of the article.

Scenes from the film The Bounty.  Captain Bligh is buried in the churchyard of St Mary’s Lambeth.

Extract from the James Bond film The World is Not Enough, showing 85 Vauxhall Cross and a high-speed boat chase down the Thames. 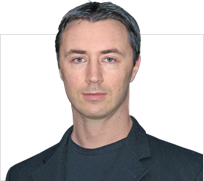